In the first match of the Delhi T20 Series, Team India beat New Zealand by 53 runs and took 1-0 lead in the series. In the match, the Indian team scored 202 runs in 20 overs with 20 balls from Shikhar Dhawan (80) and Rohit Sharma (80). In reply, the Kiwi team could only manage 149 runs in 8 wickets. Chalak and Akshar took 2-2 wickets for India. Ashish Nehra, playing the last match of his career, could not take the wicket in the match. Shikhar Dhawan was selected to play ‘Player of the Match’ for his innings. The second match of the series will be held in Rajkot on November 4.
Kiwi players out of the match New Zealand’s start to pursue the target was not good and the first wicket fell only for 6 runs.
In the 1.3 overs, Martin Guptill (4) was dismissed with a tremendous catch at the ball of Yuswendra Chahal.
After this, the second wicket fell soon, when Bhuvneshwar Kumar bowled Colin Munro (7) in 3.4 overs. At this time the score was 18.
– The third wicket was Ken Williamson (28). Who was caught by Dhoni on Pandey’s ball in 9.1 overs. Akshar Patel took two wickets in the 13th over. Tom Bruce (10) caught by Rohit Sharma on the fourth ball of this over. At the same time, Grandhom (0) caught by Dhawan caught on the last ball.
Henry Nicholls (6) was the sixth bowler. Which was run out in 14.4 overs. Yuzvendra Chahal stamped Tom Lameth (39) in 15.3 overs to give the team a seventh blow to Kiwi.
– Eighth wicket got Jaspreet Bumrah. Tim Southee (8) caught by Dhoni in the 16.4 overs. The score was 111 runs at the moment.
Two catches left on Nehra’s ball
Fielders left the field twice in this match on the ball of Ashish Nehra playing the last match of the career. The first catch, Hardik Pandya, left Colin Munro in 2.5 overs. Then Munro was playing on 5 runs.After that, Virat Kohli left Kane Williamson’s catch at Nehra’s ball in 7.4 overs. Williamson was playing 21 runs at that time.
India’s first win on New Zealand in T20
This is Team India’s first win in New Zealand in the T20 format. Earlier, there were five matches in this format between the two teams and all New Zealand won.
– The first match between the two teams took place in September 2007, while the last T-20 was held on March 20, 2016 in Nagpur. Team India was defeated in all.
Indian players in such a match were dismissed
New Zealand’s team decided to field first by winning the toss in the match. After losing the toss, India and Dhawan were given the best start in the first innings and 158 runs for the first wicket in 98 balls.
India did not have any wicket for 16 overs in the match, but again, at 158 ​​in 17th over, two wickets fell on two balls.
In the 16.2 overs, Shikhar Dhawan (80) was stumped by Tom Latham on Ish Sodhi’s ball. New batsman Hardik Pandya (0) was also dismissed on the next ball. His catch was taken by Latham.
Third wicket Rohit Sharma (80), who was caught in the 18th over by Latham on Trent Bolt’s ball. At this time the team’s score was 185 runs.
Virat Kohli got a lifeline in the match. When Martin Guptill left his catch at the ball of Grandholm in 17.6 overs. Then they were only on 8 runs.
Dhawan’s tremendous batting
In the match, Shikhar Dhawan has done very fast batting on behalf of India and third fifty of T20 career.
Dhawan scored 80 runs off 52 balls in the match. In which he put 10 fours and two sixes. He had completed his 50 runs at 37 ball.
Shikhar got a lifeline in the match, when Mitchell Santnar left his cat on Trent Bolt’s ball in 1.5 overs. At that time he was batting only for 8 runs.
Rohit has also fifti
In the match, opener Rohit Sharma also made his 12th Fifty Twenty20 career with a tremendous batting.
Rohit scored 80 off 80 balls. In which he also employed six boundaries and four sixes.
Rohit Sharma got a Lifeline in 6.3 overs in the match. When Tim Southee left his easy cat on the Grand Bowl ball. At that time he was playing 16 runs
Honor of Nehra before match
This match is the last match of Ashish Nehra’s career. After that, Dhoni and Virat gave him a trophy before the match and honored him for his contribution to Indian cricket.
Shreyas Iyer debuted his T20 through this match. Prior to the match, team head coach Ravi Shastri handed him a debu cap. 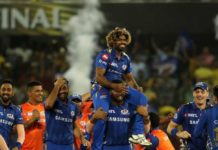