Stock markets likely to witness volatility amid derivatives expiry in a holiday-shortened week ahead, and the ongoing UP assembly elections will also continue to dominate sentiments, say experts.

Stock markets will remain closed on Friday for ‘Mahashivratri’.

“In absence of any major trigger on the domestic front, this week looks unexciting and will be guided largely by global cues. Hence, chances of consolidation cannot be ruled out. Trading is expected to remain volatile in truncated trading as traders roll over positions in F&O segment,” said Vijay Singhania, Founder-Director, Trade Smart Online.

“The ongoing UP assembly elections will continue to dominate market sentiments in the week as polling processes. We believe market to take cues from UP polling also and behave similarly. Overall, we foresee range-bound trading in benchmark indices for the coming week.

“However, if any clue of any good news comes in like BJP getting majority in UP, we could see rally in the market,” Singhania noted.

“Though this week is more or less to remain eventless in the absence of any major trigger in the domestic as well as global market. However, traders would be keenly eyeing the outcome of the state election results to receive more clarity on the several stalled projects,” said Abnish Kumar Sudhanshu, Director & Research Head, Amrapali Aadya Trading & Investments.

Counting of votes will take place on March 11.

“Going ahead, markets will watch out for the UP election results… A positive outcome for BJP in the state elections may lead the markets higher, at least in the short term,” said Dipen Shah, Sr Vice President – PCG Research, Kotak Securities.

“The market seems to be in no hurry to move before the outcome of state elections, especially the UP which shall be the major test of the present government. The outcome will decide the speed of reforms which is why, this time such an importance is placed to the assembly elections,” said Jimeet Modi, CEO, SAMCO Securities. 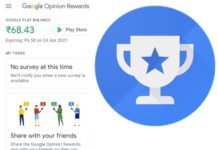