Social media Facebook has launched a Messenger Kids app. In this app, a special feature has been provided for the family, through which they can keep an eye on their children’s account.

Through this app, children will be connected with their friends during nationwide lockdown, while family members will be able to monitor their activities easily. The mobile app was launched by the company in 2017 and subsequently expanded to Canada and Peru in 2018.

It can now also be used in India. At first it was up to the parents to ask for and approve every contact for their child. Facebook said that this mobile app has given a special feature, named Supervised Friends.

Through this feature, parents will be able to decide who to add to their children’s friendship list or not. This feature has been launched in the US. It is expected that the company will soon introduce this feature in other countries as well. 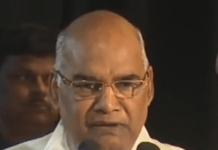