South Africa, as seen in video shared by broadcaster ENCA.

Schwarzenegger was filming a video for Snapchat during a walkthrough of the fourth annual Arnold Classic Africa competition, held at the Sandton Convention Centre. In the video, a man is seen launching into a flying kick that hit the actor in the back

but Schwarzenegger, 71, confirmed in a tweet that “there is nothing to worry about.

I thought I was just jostled by the crowd, which happens a lot,” he wrote.

I only realized I was kicked when I saw the video like all of you. I’m just glad the idiot didn’t interrupt my Snapchat.”

In an official statement on the matter, organizers of the Arnold Sport Festival Africa referred to the assailant as “a crazed fan.”

Wayne Price, organizer of the Arnold Classic Africa, believes this incident was carefully planned by the offender, as he is known to police for orchestrating similar incidents in the past,” the statement reads.

Schwarzenegger remained in good spirits as he continued to support the competitors.

In a thread on Twitter, he advised fans to put the focus more on the athletes instead of “the guy who wants to be famous.”

“We have 90 sports here in South Africa at the @ArnoldSports, and 24,000 athletes of all ages and abilities inspiring all of us to get off the couch. Let’s put this spotlight on them,” he wrote.

before sharing a version of the video himself, “if you have to share the video (I get it), pick a blurry one without whatever he was yelling so he doesn’t get the spotlight. By the way… block or charge?”

Schwarzenegger, according to the event’s statement, will not be pressing charges. 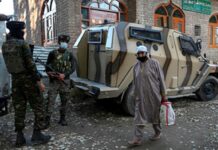 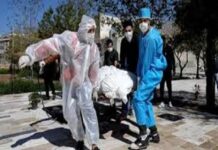 Be A Part Of Team Virat Join One 8 Crew